Pay No Attention to That Man Behind the Curtain 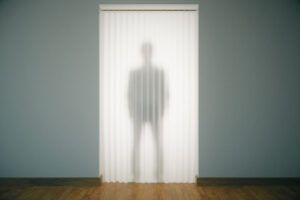 Pay No Attention to That Man Behind the Curtain:
Insurance Companies Hide Behind Litigation Veil

In the 1939 classic movie, The Wizard of Oz, the Great and Powerful Oz addresses Dorothy and her friends – appearing mystical and fantastic, larger than life, while smoke and fire billow, creating an illusion of power and importance. When Dorothy’s dog pulls back a green curtain to reveal that an ordinary man is working the controls, Oz proclaims, “Pay no attention to that man behind the curtain!”

This famous line is ingrained in our pop culture and is used when someone wants us to pay attention to the illusion rather than the reality of a situation.

In personal injury litigation, “that man behind the curtain” is the defendant’s insurance company.

Now the injured person is called a plaintiff and the at-fault driver is called the defendant. The defendant is represented by an attorney that is typically chosen and paid for by his insurance company. An insurance adjuster is involved in every step of the lawsuit and is generally required by the court to be present at any settlement conference or mediation. The insurance company decides whether to settle with a plaintiff and how much compensation (also called damages or money) to offer the victim. The insurance company is directly involved in the investigation into the incident and in the preparation for trial.

But when trial comes – *poof* – the insurance company disappears behind the curtain.

When the trial begins, the plaintiff sits at one table and the defendant at another. The insurance company is nowhere to be found. And that is exactly how Texas law likes it.

Texas Rule of Evidence 411 prohibits a plaintiff from introducing evidence that a defendant was insured against liability. This rule basically stops every single jury from hearing this evidence because Texas requires every driver to carry insurance. In other words, every defendant has a man behind the curtain and no jury is allowed to know about it.

Even though any verdict that is within the defendant’s policy limits will be paid by the insurance company, juries are led to believe that the defendant must pay damages out of his own pocket. Asked by the defense attorney to imagine themselves in the defendant’s shoes, jurors are reluctant to award large verdicts to plaintiffs because they wonder, “How is this defendant going to afford this? Why should we ruin two lives? The plaintiff is already injured, why injure the defendant as well?”

While the jury weighs one person’s medical and property damages against another person’s ability to pay, the insurance company is behind the curtain, hidden from view, but pulling all the strings and orchestrating the illusion.

This tactic is not only legal, it is highly profitable for the insurance companies.

As long as these giant insurance companies are allowed to hide behind the Average Joe, jurors are denied the ability to see the big picture and make decisions that are truly fair and unbiased. Plaintiffs continue to suffer not only the debilitating injuries and recurring nightmares sustained in the accidents themselves, but also the subsequent and similarly defeating denials of justice at the hands of juries lacking insight into the true situation.